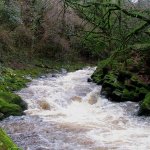 Ireland's oldest and most established boatercross is back. The BBB has gained a huge reputation with paddlers from near and far, it attracts well known kayakers from Ireland and Europe.

Apart from great whitewater competition, it has one of the best after parties around. The whole package just seems to work and has a very polished finish to it. 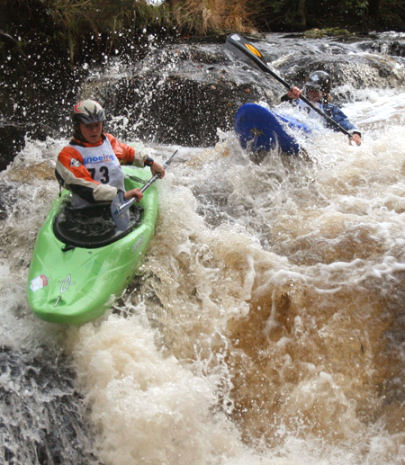 For anyone entering, here are some words of wisdom from the man:

There is strategy in a boatercross. If you know you aren't as fast as somebody else, it is tempting to take them out at the start, in hopes of beating them in the paddle battle instead of the sprint. If you are at all experienced in Boatercross you also know that that is the poison pill that takes you out as effectively as your target, kind of like a Bonzai pilot trying to take out the general. Great strategy if you want somebody else to win. What usually happens is that one person pushes straight into another an ties them up and then the other two get out in front immediately and then those doing the fighting are 3rd and 4th. 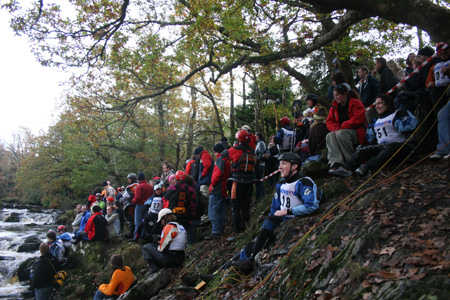 This the first year we'll be able to keep an eye on the river levels on the gauge page, here's hoping that we get rain.

Video of the Big Boat Bonanza 2005


For more details about the event and how to enter visit www.bigboatbonanza.com